Interview with Board President Polly Hunt 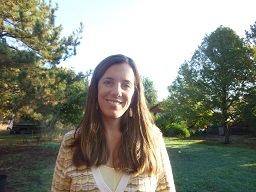 Polly Hunt, the SCLC Board President from 2008-2010 stepped down this October and passed the baton of her Executive Powers to Raquel Gomez, another Senior SCLC board member. For the past 10 years Polly has been a dedicated public servant both in the SCLC as well as for her own non-profit in the United States. Here is her take on the SCLC, and some background on what makes both Polly and the SCLC so very, very special.

I first got involved with the SCLC as an ESL volunteer in September 2000. I was a recent graduate from Boston College with a double major in Spanish and Education and had been teaching ESL to Boston area immigrants. I thought going to Costa Rica for 6 months would be a perfect way to work on my teaching and Spanish skills. Five year later I was still in Costa Rica! In December of 2000 we had a staff meeting and the director at that time, Andrea Santy, told us she had to leave Costa Rica due to health reasons and asked if anyone might be interested in filling the interim director position. I raised my hand. That single move to raise my hand was probably one of the bigger life changing moments I've had! From 2001-2003 I was the executive director of the Center and throughout those years I met some of the best people I have ever met in my life and I am still today in touch with many of those amazing volunteers. When I left the SCLC as director, I moved onto the board and was secretary from 2006-2007 and president from 2008-2010. And almost to the day, 10 years later, I have now stepped down from the board and am a general assembly member.

2. Over the years, what have been the most notable changes in the SCLC programming?

What I LOVE about the SCLC is that with each and every new volunteer, the programs may have the same name but the activities change depending on what strengths and ideas each person brings to their program. And it is truly their program. We have seen plays, book clubs, bird clubs, yoga, computer programs, and we have seen great collaborations with local schools and other local and international initiatives just to name a few. But if I have to name the most notable change, I would have to say that it would be when at some point along the way we made the conscious decision for quality over quantity and made sure that conservation was present in all that we do.

3. What do you feel are the SCLC's greatest strengths, and have they changed over time or remained constant through the years?

4. What do you feel are the greatest challenges for the SCLC?

I think the struggles that are inherent in having such an international group of staff, volunteers, board members and visiting tourists has been the greatest challenge but also one of the SCLC's greatest aspects. There is so much that we can learn from each other around the world, and to bring a variety of cultures together under one roof is a great accomplishment. We are all different and that can be a challenge at times, but I think we learn the most from our differences.

5. As such a strong advocate for the SCLC, what has motivated you to dedicate so much time and energy to this cause?

The people of Sarapiquí. The late Don William Rojas always told me, "Once you drink the water from Sarapiquí you will always come back!" And whether you go back in your mind, as I hope many eco-tourists do, and remember the experiences you had there, or perhaps you are fortunate enough to physically go back to Sarapiquí multiple times as I do. Either way, it is those experiences and the people of Sarapiquí that I always have present in my mind. Their warmth, sincerity, humility and strength is what inspire me to dedicate my time and energy to the Center so that together we can create a better community, a better future and a better environment.

6. If you could give one piece of information about the SCLC to someone who is considering giving to the organization, what would it be?

Your gift, be it a monetary one, or one of your time, will be a seed that will grow for years and years to come! I say this confidently, because there is not a single trip I have taken to Costa Rica when I haven't seen one of our former students/participants working at a hotel, or doing the accounting for a business, or even starting their own company! Not all of us have the time in our lives anymore to volunteer for 6-12 months and make a difference with our time, but you can truly make a difference with your financial contribution so that every year I return, I can report back that there are more and more students fulfilling and even surpassing their own dreams!

7. Obviously you have a life outside of the SCLC, enlighten us as to a few of the things you look forward to doing now that you are back to being a "general assembly" board member again.

Well I look forward to contributing as much as I can on the general assembly, but outside of the SCLC I am the director of a Colorado based non-profit, HILLS (www.hills-inc.org), that I started almost 3 years ago which offers 1-5 day long trips for people with developmental disabilities and traumatic brain injury. Similar to my days as director at the SCLC it is a 7 day a week job, but truly inspiring and rewarding. And starting a non-profit from scratch has been quite a learning curve! But ultimately it allows my husband and I to combine our passions for traveling the world and serving our community and I feel if you can combine your passions with your work than you are a lucky person. Outside of that I have 2 residents with developmental disabilities at my house that my husband and I care for and we look forward to taking them to the Rocky Mountains this winter so they can learn to ski and snowboard with us!